Hey everyone!
New video. Shot and edited yesterday (7th Sept), I was testing some techniques for an upcoming project! I've always wanted to something like this. I guess this would be Holographic 5.
Check it out here: (click <--- link to watch in higher res (1080p available))

It's nothing too long, and sure the vfx are like for 2 shots which aren't too long, but I did learn some interesting things, such as how to keep the elements on the watch facing the same direction as the watch. This was achieved by manually tracking the watch with a Null object. First position keyframes, then used Orientation and used the Blue Z-axis arrow as a reference, always pointing UP from the watch's face:

Then it's just a matter of parenting everything to this Null!

The audio spectrum on the watch is a solid with "Audio Waveform" applied followed by a Polar Co-ordinates to wrap it round the watch. There's two copies. One set to dots, the other set to lines with lower opacity, just to add a little extra detail. 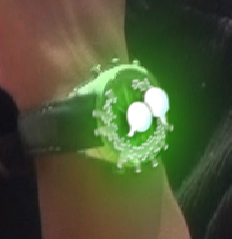 First I'd like to mention that it's available at 1080p. When rendered to a Quicktime using Photo-JPEG it came to about 369MB (for a 34second clip). I used Media Encoder to convert this to an FLV at High Quality (Match Source Attributes) and it came down to 36.7MB, with no visible compression artefacts!

I also discovered something while rendering.
Whenever I tried to render out the final file, it always ended at 0:22:16 (22 seconds, 16 frames). I found this very strange. I initially thought that it was the motion blur calculation that was getting too complex that it crashed. Thinking about it now, that's actually not possible. It'd take long, but not fail.
I later came to realize that earlier when I created the elements, I had done it in a different project. That project was 1280 x 720 Square Pixels at 30fps. The footage is AVCHD 1440 x 1080 Anamorphic at 29.97fps.

It turns out the framerate was the problem. I went ahead and changed the framerates of the nested comps (one by one) from 30 to 29.97 fps, and sure enough, the render continued beyond 22:16!

Also, used the copy-paste technique from Premiere. What you do is cut your clips in Premiere then hit Ctrl+A, then Ctrl+C. Head into After Effects, create a new comp of the same attributes then hit Ctrl+V.
Adobe's Dynamic Link will move all the resources used, cut the clips, set the times correctly and so on, and now it'll look exactly like it did in Premiere.
AWESOME! 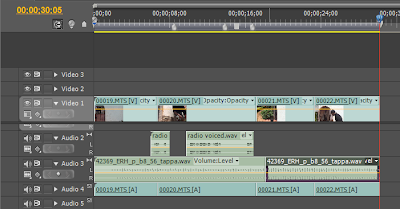 This resolves the problem of trying to edit in AE because it's troublesome having to RAM Preview all the time.
Alternatively, what I should've actually done, is right-click the shots that need VFX and choose "Replace with After Effects Composition". This creates a new AEP that has the footage and is linked directly to Preimere. The only problem I have is that when I close one of the two, the other crashes, which becomes problematic because it might ruin the save files.

There's a nice little tip for ya! 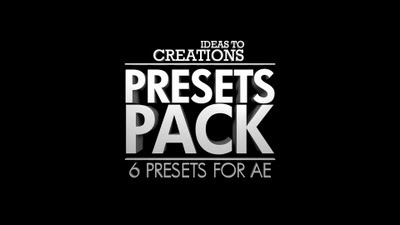 Also, this video features some of the presets pack elements: Scan (for the second holographic bit), Interfere (for the logos), Lag (for in-animation of the watch) and Spinner (for the preloader before the map), as well as one of the bonus elements.
The Presets will be coming out in a few days! Keep a look out!